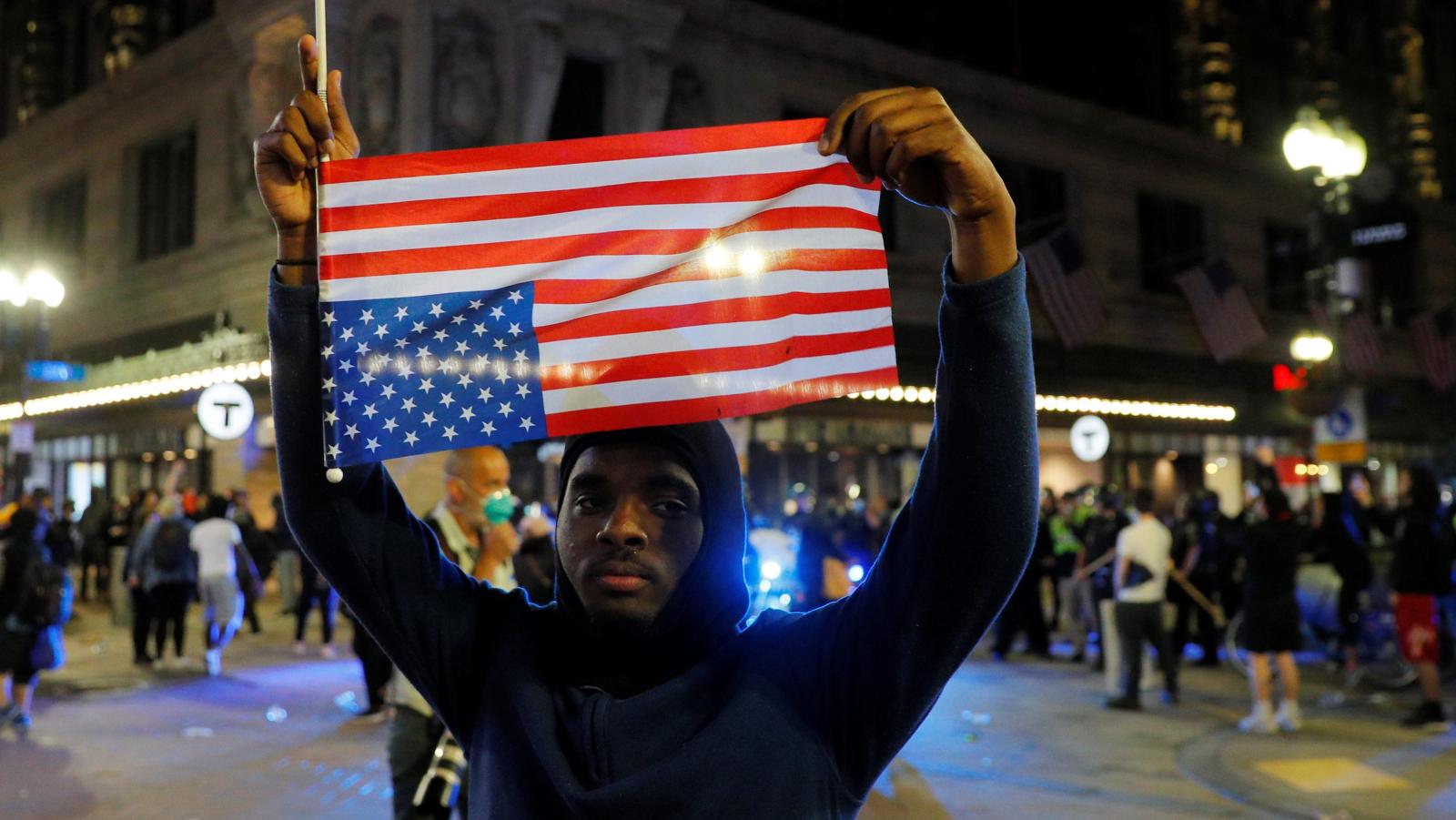 Speaking at the TED conference this week, Bernice King, the youngest child of Martin Luther King Jr. and Coretta Scott King and CEO of The King Center, expressed sorrow over the fact that America hasn’t seemed to have made much progress on the centuries-long struggle for racial equality.

“We didn’t hear what [my father] was saying to us as a prophet to this nation and his words are now reverberating back to us,” she said.

Here’s a full transcript of her address:

My heart is a little heavy right now because I was five years old when my father was assassinated and he did change the world. But the tragedy is that we didn’t hear what he was saying to us as a prophet to this nation and his words are now reverberating back to us.

Change, we all know, is necessary right now and yet it’s not easy. We know that there has to be changes in policing in this nation of ours. But I want to talk about America’s choice at a greater level. The prophet said to us, we still have a choice today: nonviolent coexistence or violent co-annihilation. What we have witnessed over the last eight days has placed that choice before us. We have seen literally in the streets of our nation, people who have been following the path of nonviolent protest and people who have been hellbent on destruction. Those choices are now looking at us and we have to make a choice.
﻿

And so as we move forward, we can correct course if we make the choice that daddy said—nonviolent co-existence—and not continue on the pathway of violent co-annihilation.
﻿

So what does that look like? That looks like some deconstruction work in order to get to the construction. We have to deconstruct our thinking. We’ve got to deconstruct the way in which we see people and deconstruct the way in which we operate, practice and engage and set policy. And so I believe that there’s a lot of heart—H-E-A-R-T—work to do in the midst of all the H-A-R-D, hard work to do. “Heart work” is hard work. One of the things we have to do is we have to ensure that everyone, especially my white brothers and sisters engage in the heart work—the anti-racism work—in our hearts. No one is exempt from this, especially in my white community. We must do that work in our hearts, the anti-racism work.
﻿

The second thing is that I encourage people to look at the nonviolence training that we, The King Center, [do] so that we learn the foundation of understanding our interrelatedness and interconnectedness; that we understand our loyalties and commitments and our policymaking can no longer be devoted to one group of people, but it has to be devoted to the greater good of all people.
﻿

And so I’m inviting people to join us on our online protest. That’s happening every night at 7:00pm (EST) on The King Center Facebook page, because so many people have things that they want to express and contribute to this. We all have to change and have to make a choice. It is a choice to change the direction that we have been going. We need a revolution of values in this country. That’s what my daddy said. He changed the world. He changed hearts.
﻿

And now what has happened over the last seven, eight years and through history, we have to change course. We all have to participate in changing America with a true revolution of values—where people are at the center and not profit, where morality is at the center and not our military might.
﻿

And so I encourage corporations in America to start doing anti-racism work within corporate America. I encourage every industry to start doing anti-racism work and pick up the banner of understanding non-violent change personally and from a social change perspective. We can do this. We can might make the right choice to ultimately build the beloved community.
﻿

MLK’s Daughter Bernice King, Only 5 When He Was Killed, ‘Can’t Stop Thinking’ About George Floyd’s Daughter