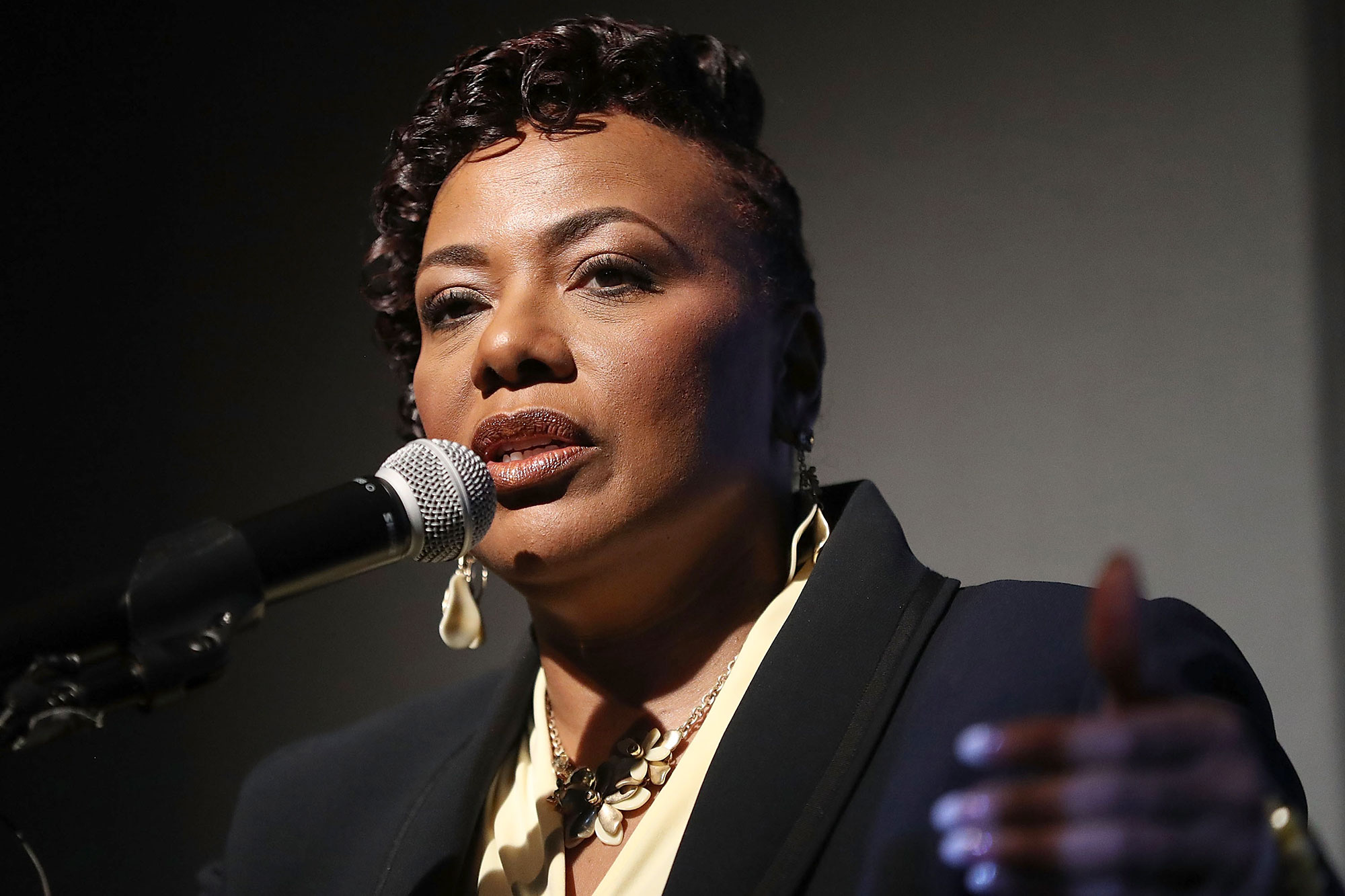 MLK’s Daughter Bernice King, Only 5 When He Was Killed, ‘Can’t Stop Thinking’ About George Floyd’s Daughter

“I was 5 when my father was assassinated,” Bernice said Friday on Today. “I can’t stop thinking about what her journey may be like now without her father”

Rev. Dr. Bernice King, the youngest daughter of assassinated civil rights icon Martin Luther King Jr., said on the Today show Friday her heart “always goes to” George Floyd‘s 6-year-old daughter — who like Bernice will grow up in the shadow of her dad’s killing.

“I was 5 when my father was assassinated,” Bernice, 57, told Today amid the nationwide unrest following Floyd’s death. “I can’t stop thinking about what her journey may be like now without her father and having processed through the viciousness of how he was killed and the images.”

Floyd, an unarmed 46-year-old black man, was killed in Minneapolis while in police custody, with a white officer kneeling on his neck for more than eight minutes while he pleaded for air.

In the days after, demonstrations and anger over police brutality and racial inequality spread nationwide.

Video from his arrest shows Floyd being held down by Derek Chauvin and other officers for nearly nine minutes, with Chauvin’s knee pressed into Floyd’s neck as Floyd says, “I can’t breathe.” (Chauvin and the three other officers involved have been fired and charged in Floyd’s death, but they have not entered pleas.)

“Today, so often I see images I don’t want to see and I hope people are sensitive to that,” Bernice King said on Today, pointing out images she’s had to see of “my father laid out in a casket” after his assassination in 1968.

“It was necessary for it to be shown to the American public,” King told Today, “but I hope people remember that there is a real family behind this tragedy as we go forward and that we continue to pray for that family as we go forward, and other families.”

Floyd’s family isn’t the only one mourning, King pointed out.

Protesters around the country have continued honoring the likes of Breonna Taylor, Ahmaud Arbery and the other unarmed black people killed in recent months — chanting their names, holding up signs in their memory with repeated calls for justice, among other acts of demonstration.

“This is representative of so much that has happened over the past few years and so for the 6-year-old, I’m praying for her,” King said. “I’m praying for the entire family right now.”

She also called for moderate Americans to take action as protests continue and, echoing what she said her father would have said today, that there was a choice between “nonviolent co-existence and violent co-annihilation.”

She called for evangelical Christians and their leaders to speak out against President Donald Trump, who has expressed solidarity with Floyd’s family but has become fixated on scenes of national unrest. (Many protests are peaceful but some have escalated to looting and violence.)

Trump has said these must be quelled by an overwhelming government force — rhetoric that local leaders say would only inflame tensions further.

“I think people can vote for who they choose to vote for, but when you have someone who’s fanning the flames in a society I think it’s a responsibility of that community to say something and to do something,” King said. “Also, I think it’s their responsibility to really reflect Jesus Christ in their daily actions and be involved in these issues of creating a more just, humane and peaceful society and not just be in the safe confines of their pulpits on Sunday mornings.”

To help combat systemic racism, consider learning from or donating to these organizations:

• Campaign Zero which works to end police brutality in America through research-proven strategies.