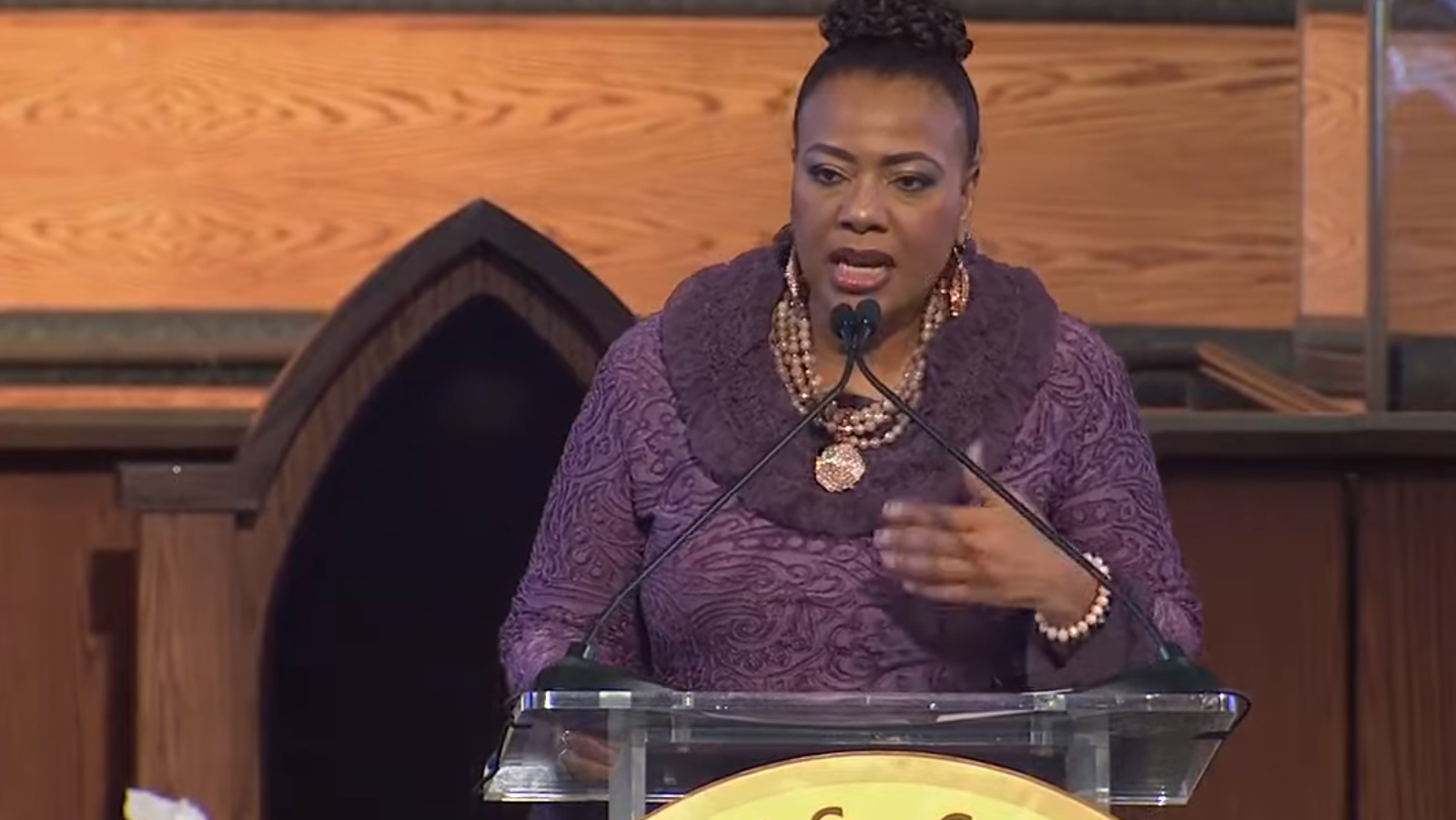 When reflecting on politics, Bernice King can’t help but feel a sense of frustration.

“As long as we remain separated in our silos, as long as we don’t seek to penetrate, to win friendship and understanding, we are just going to continue to tear ourselves apart and become more divided, polarized and we may become uncivilized,” King said during an appearance in Glencoe last week.

The daughter of the slain civil rights leader and CEO of the Martin Luther King Jr. Center for Nonviolent Social Change spoke Jan. 26 at a program co-sponsored by the American Jewish Committee Chicago and Glencoe’s North Shore Congregation Israel.

Engaging in a conversation with Rabbi Wendi Geffen, King said she believes the United States and the world are at a “place of reckoning” over whether there would be a shift from a “themed-driven” society to a “person-centered” society.

“If we are going to make that shift, we need a vision on where we go collectively,” King stated.

King looked back on recent events and expressed dismay over the Jan. 6 riots at the U.S. Capitol and the killing of George Floyd last year in Minneapolis.

“That is a reflection of what has been going on for years in the Black community,” she said.

Later in the conversation, King said there is an entire generation that is angry at the world around them.

“They are tired of inequities and white supremacy, they are sick of it at this point,” she said. “They want something tangible. They want cops to stop killing Black folks like it is a pastime. They want to make sure there is fairness and equity and do away with the gap in income, wealth creation and health disparity.”

While not specifying a method, King said some type of reparations would be necessary for moving toward reconciliation.

“I don’t know what the answer is, but I do know corporate America will have to play a substantial role,” she said.

Geffen asked King if she believes it is possible for differences to be bridged. King talked of making the effort to do so.

“If they don’t think like us, we don’t leave them out and we have to find a way to coexist together because in a beloved community, we are not going to like each other, we are not all going to think alike,” King said. “But if we allow love to fuel us and we really allow ourselves to get in other people’s shoes and seek to understand. We suffer from not understanding the other.”

King said her father envisioned a community where materials are distributed in a fair way and she wants to see that happen.

While acknowledging that it would not be easy, King said reaching the “beloved community” was attainable.

“We have to rid ourselves of these negatives acts and influences and we have to work on correcting some things,” King said.

Reminiscent of her father, King advocated for nonviolent methods for achieving those goals, while recognizing it is not easy to love enemies, adversaries and opponents who are bringing harm to people.

“Nonviolent revolutions are less bloody and they are much more successful in establishing a foundation that can create more sustainability,” King said. “Violence on the other hand leaves in its wake other seeds of violence only waiting to sprout up.”

Geffen said she believes there is some type of sacrifice necessary for people who are committed to nonviolent methods.

“It requires complex thinking and it is difficult,” she said. “None of it is simple.”

King also spoke on the relationship between the Black and Jewish communities and how it can be strengthened.

“We have to come up with a strategic plan for advancing humanity around critical issues and not see it as my issue versus your issue, but these are issues that are facing our humanity and threatening to undermine our democracy,” she noted.

King proposed enhancing education in both communities by relating the stories of persecution that Blacks and Jews have endured, but using it in a positive way.

Geffen agreed with that sentiment.

Daniel I. Dorfman is a freelance reporter.

Dr. Bernice A. King on her father’s legacy, Cicely Tyson